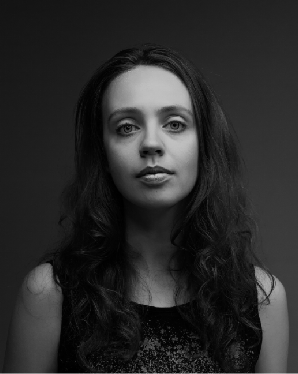 Dr. Raimonda Žiūkaitė (b. 1991) is a Lithuanian composer based between Vilnius and Salzburg. Raimonda graduated from National M. K. Čiurlionis School of Art as a choir conductor, 2010-2016 earned her bachelor and master degrees in composition at Lithuanian Academy of Music and Theatre (Prof. R. Kabelis composition class). In 2012 she studied at University of Music and Performing Arts Vienna as an Erasmus student (Detlev Mueller-Siemens composition class). 2016-2020 she was pursuing a doctor’s degree in composition at Lithuanian Academy of Music and Theatre under the guidance of Assoc. Prof. Dr. Mārtiņš Viļums and Prof. Habil. Dr. Gražina Daunoravičienė and successfully defended her thesis “Neo-Riemannian Interpretation of Triads and the Perspective of Its Transformation into a Composing System” thus gaining the Doctor of Arts degree. 2018-2020 she was also studying electronic music composition (postgraduate) at Mozarteum University Salzburg with Achim Bornhoeft.
Currently she is living in Berlin, where she studies composition of experimental music theatre at University of Arts Berlin.

Raimonda is also active as a performer in her theatrical performances and is collaborating with visual artists for audio-visual installations, such as: “White” (Stuttgart 2020),“Extremely Happy to Announce” (Karlsruhe 2019), “They” (Darmstadt 2018), “Laume” (Schmiede Hallein 2019).

In 2021 she was awarded a yearly scholarship (Jahresstipendium) from Salzburg Land.

We use cookies on our website. Some of them are essential for the operation of the site, while others help us to improve this site and the user experience (tracking cookies). You can decide for yourself whether you want to allow cookies or not. Please note that if you reject them, you may not be able to use all the functionalities of the site.